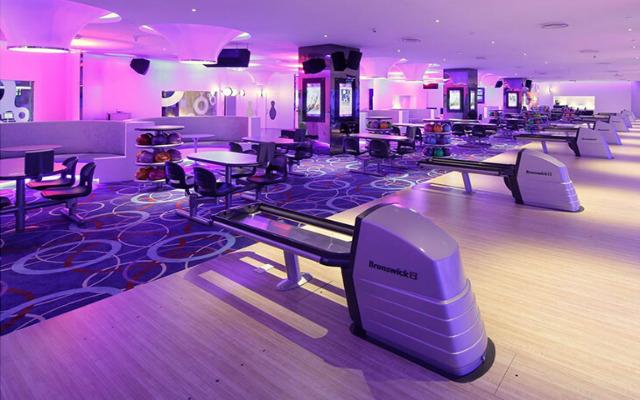 In 1975 Bowling Federation of India was registered as the governing body for the sport of Tenpin Bowling in India. In early years Bowling was mainly been entertainment activity, confined to main metros of the country. With the begining of new millenium, as more bowling lanes began to appear in major cities, more people took up bowling as a serious sport and in 2007, the organization officially renamed itself as Tenpin Bowling Federation (India). The Banglore-based entity organises the National Bowling League comprising championships for amateurs, corporate team tournaments as well as a national tour for professionals. TBF(I) has set long term goals for itself to achieve international success at World, Asian and Commonwealth levels. In last 5 years a conscious effort has been made in this direction by bringing in International Coaches, developing national elite squads and getting international tournament exposure.

There have been some notable successes by Indian athletes in recent times at international level and also the level of competition in National Champsionship has risen considerably. In 2008, the Indian team participated in the WTBA World Tenpin Bowling Championships in Bangkok and the Commonwealth Tenpin Bowling Championships in Belfast. Rajmohan Palaniappan, first Indian to score a perfect game (300) in 40th Singapore Open in 20075]

Tenpin bowling is a popular and recreational sport in India. Bowling alleys in India are commonly a part of multiplexes and malls.

Inco Mechel is one of the largest Indian companies in the field of capital equipment for the sports and leisure industry introduced the sport of Ten-Pin Bowling in India and set up the very first Indian bowling alley in Indore, Madhya Pradesh.

MAHARASHTRA TENPIN BOWLING ASSOCIATION
The Association was formed in 2004, in Mumbai. The main objective of the formation of the MTBA, was keeping in mind the most important factor, being the promotion of Tenpin Bowling not only in the state of Maharashtra but in the whole of India. The MTBA is affiliated with the Tenpin Bowling Federation (India). Directors of Maharashtra Tenpin Bowling Association are Ajaykant Ramprasad Ruia, Vijay Goverdhandas Kalantri and Nicole Campbell.

BOWLING AND BILLIARDS ASSOCIATION OF INDIA
Website: www.mtba.in
“BBAI’S aim is to promote high standards, impart knowledge, arrange tournaments and work closely with the Government in formulating rules and regulations pertaining to Recreational Sports. To encourage and assist in meets between cities, universities, regions, states and Indian and foreign visiting teams. To assist in forming leagues. To hold State and National Tournaments. To regulate tournaments in Bowling Billiards/ Pool and other sports. To represent/protect and safeguard the interests of the owners of Family Recreation Centers, the manufacturers and suppliers of various infrastructural amenities and facilities concerning or relating to Family Recreation Centers, in all matters of levy of taxation, duties, imposing restrictions, rules and regulations that may be formed and/or imposed by a State and/or Central legislation and/or Local Authority.” The current President of BBAI is Ajaykant Ruia.

One of the differences in bowling at some facilities in India is where you are charged on a per throw basis, buying so many tries “to hit the target”. This implies there are a lot of gutter balls. The target is all 10 pins, where in international and US bowling the target can be all or any pins.

“Supplemental” Rules for Bowling
If you holler “overs!” before the ball passes the arrows, you get to throw the ball over, unless of course, you get a strike. In which case, you can renege on the “overs”.
When your team is about 10 marks down in the 8th or 9th frame, you can invoke the rule “First Team Through Bowling Wins the Game”, and your team still has a chance.
After a member of the opposing team bowls 4 strikes in a row, he/she must bowl the next 4 frames blindfolded. If he/she continues to strike, his/her shoelaces will be tied together for 2 frames.
When you leave the 10-pin and you know you can’t make the spare, but another member of your team can, invoke the “Designated Bowler” rule.
After you have 4 splits in one game, you may say “Kings X” and take those 4 frames over. However, if you split on the 2nd time around, you accept it. After all, “Fair is Fair”.
If your ball goes in the gutter and jumps back onto the lane, knocking dow pins, by golly, you get them! That’s much harder than to knock them down the conventional way. Good bowling should be recognized.
A ball should be declared dead when you bowl 3 games without a strike. It shall be the owners privilege to decide on the disposition of said dead ball – Burial at Sea, Dropped from an airplane over a live volcano, or a simple burial in the city dump. For a small fee, a league officer can be bribed to deliver a short eulogy.